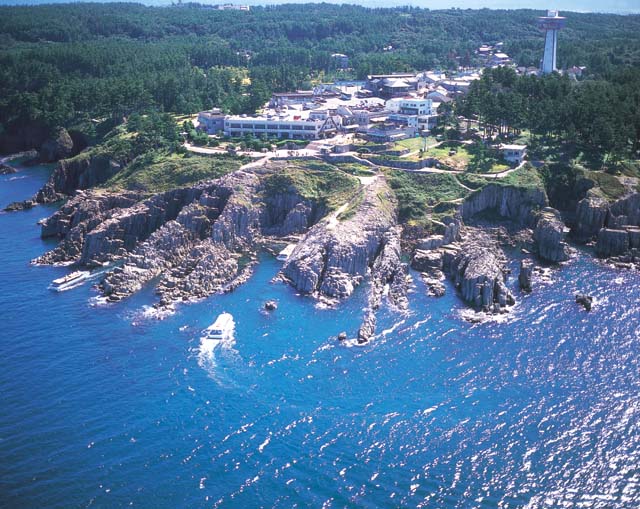 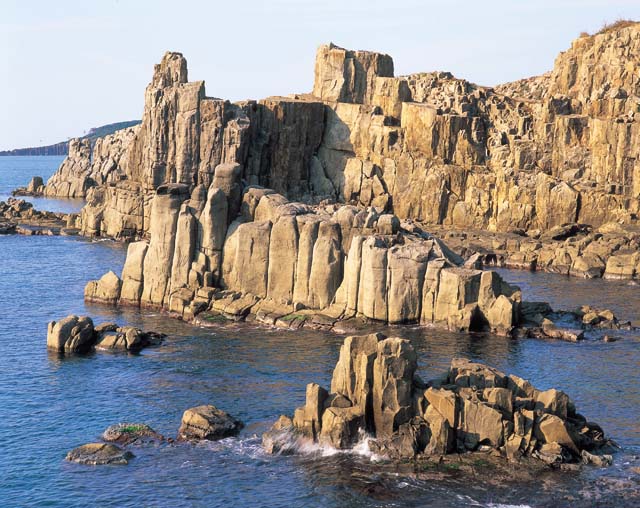 Tojinbo is a series of steep cliffs on the Japan-Sea side of Fukui prefecture in the Hokuriku area. The cliffs have been formed over 10 million years from the sea-waves erosion especially from the seasonal rough winds and waves in winter. Tojinbo-Cliff has some legends as well as it is spectacular view from top of the cliff.  We would like to introduce a beautiful but tragic one. Once upon a time, there lived a Buddhist monk named Tojinbo in Heisenji temple in Katsuyama. Tojinbo fell in love with the beautiful Princess Aya but failed. Because of his failure, he threw himself from the cliff into the sea.

Another story: Tōjinbō was tricked by another admirer of Princess Aya and was pushed off these cliffs. The scale of these columns are geologically very valuable, and it was designated as a national natural monument and scenic spot in 1935. In addition, in 2007 it was selected as one of the top 100 impressive geological spots in Japan.