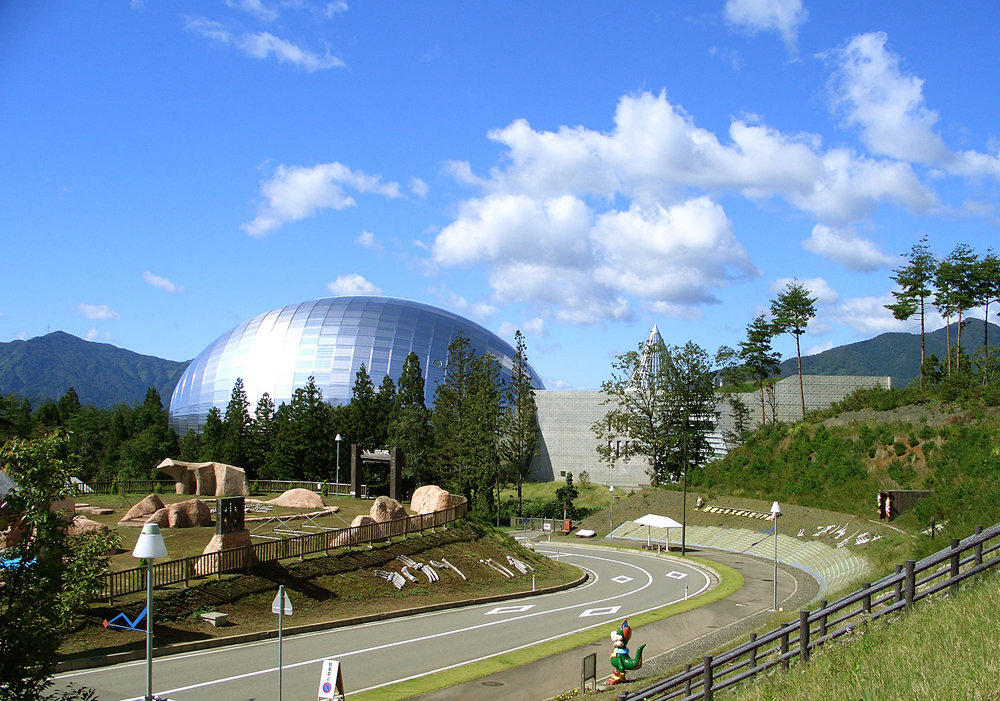 Fukui Prefectural Dinosaur Museum opened in July, 2000.  At the same year it was opened as the main venue for Dinosaur Expo Fukui 2000.

It is one of the largest dinosaur museums in Japan and its building was designed by the late Kisho Kurokawa. The exterior of the museum is a silvery egg shape, and the vast pillarless space inside contains more than 40 dinosaur skeletons (including replicas).

From the main entrance, visitors can take a 33-meter-long escalator down to the basement, where they can proceed in sequence to learn about the history of the ancient earth in three themed zones: “World of Dinosaurs,” “Science of the Earth,” and “History of Life.

The Dinosaur Museum is also Japan’s leading center for dinosaur fossil research, and visitors can observe the fossil cleaning process through the windows.