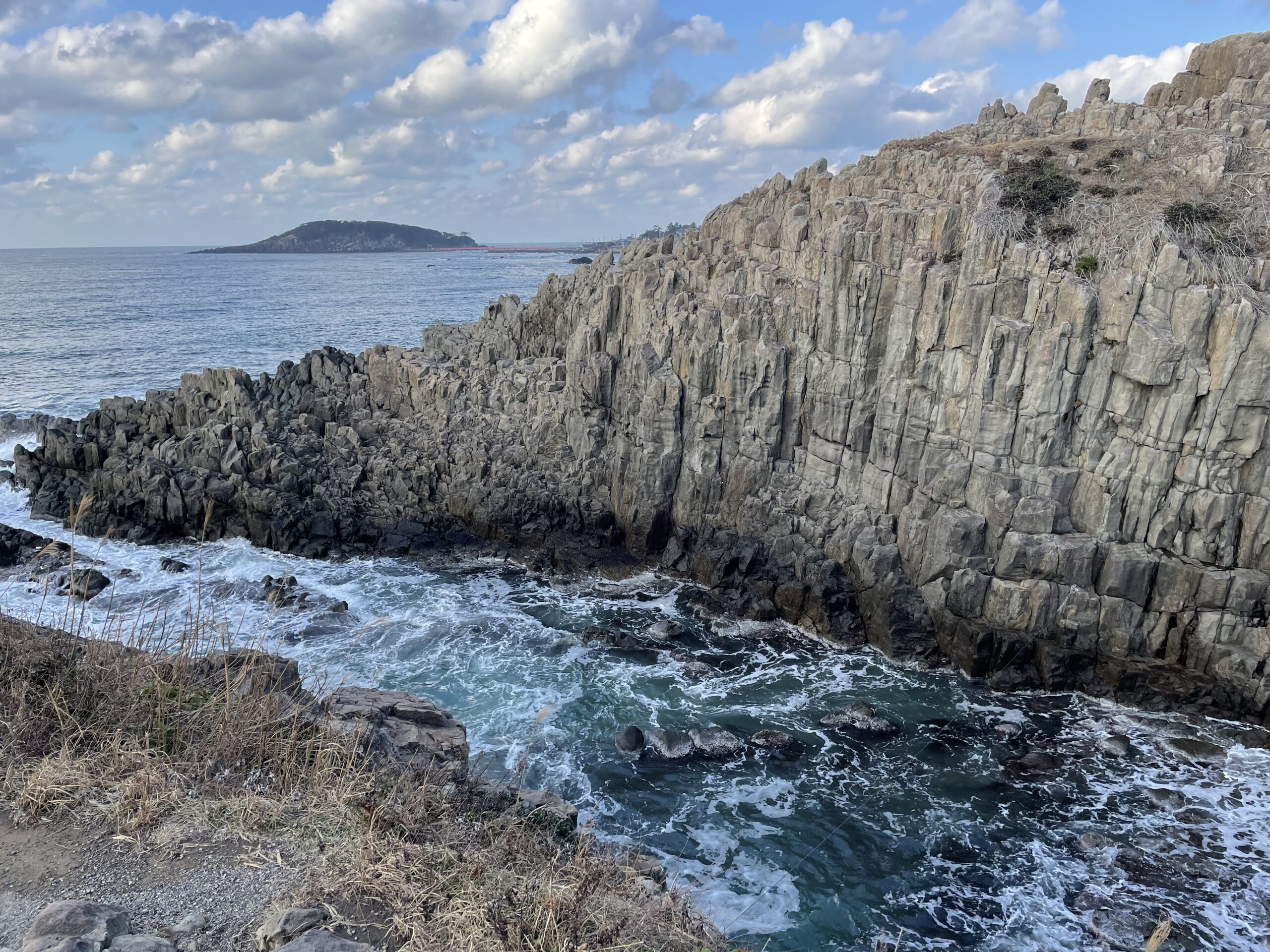 Tojinbo is a 1-kilometer-long cliff of pyroxene andesite, a volcanic rock with cracks like pillars. It is located in Mikuni-cho, Sakai. It is believed to have been created by volcanic activity during the Miocene period, approximately 12 to 13 million years ago. It is a national natural monument and a scenic spot.

Tojinbo is designated as a national natural monument and a place of scenic beauty, and has also been selected as one of the 100 best geological features in Japan.

It is also a popular place to watch the sunset over the Sea of Japan, and events are held to take advantage of this scenery.

A sightseeing boat operates from Tojinbo to Oshima, allowing visitors to look up at the various rocks from below. 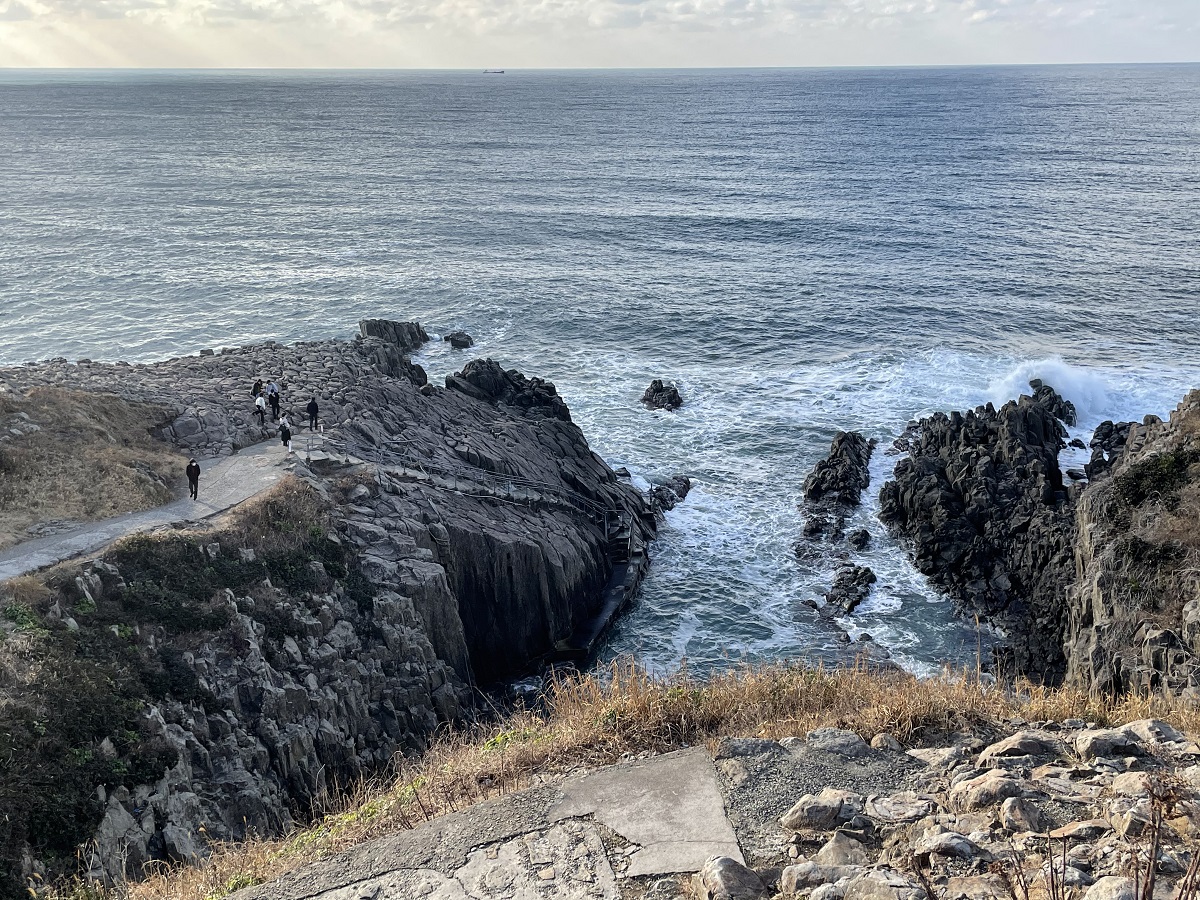 The name Tojinbo comes from a 12th century legend that a monk named Tojinbo of Heisen-ji Temple in present-day Katsuyama was thrown off the rock after a series of mischievous acts. Since then, thunder and rainstorms have continued for a while.

There is an Echizen Matsushima Aquarium nearby, opened in 1959, where visitors can learn about the sea of Fukui.