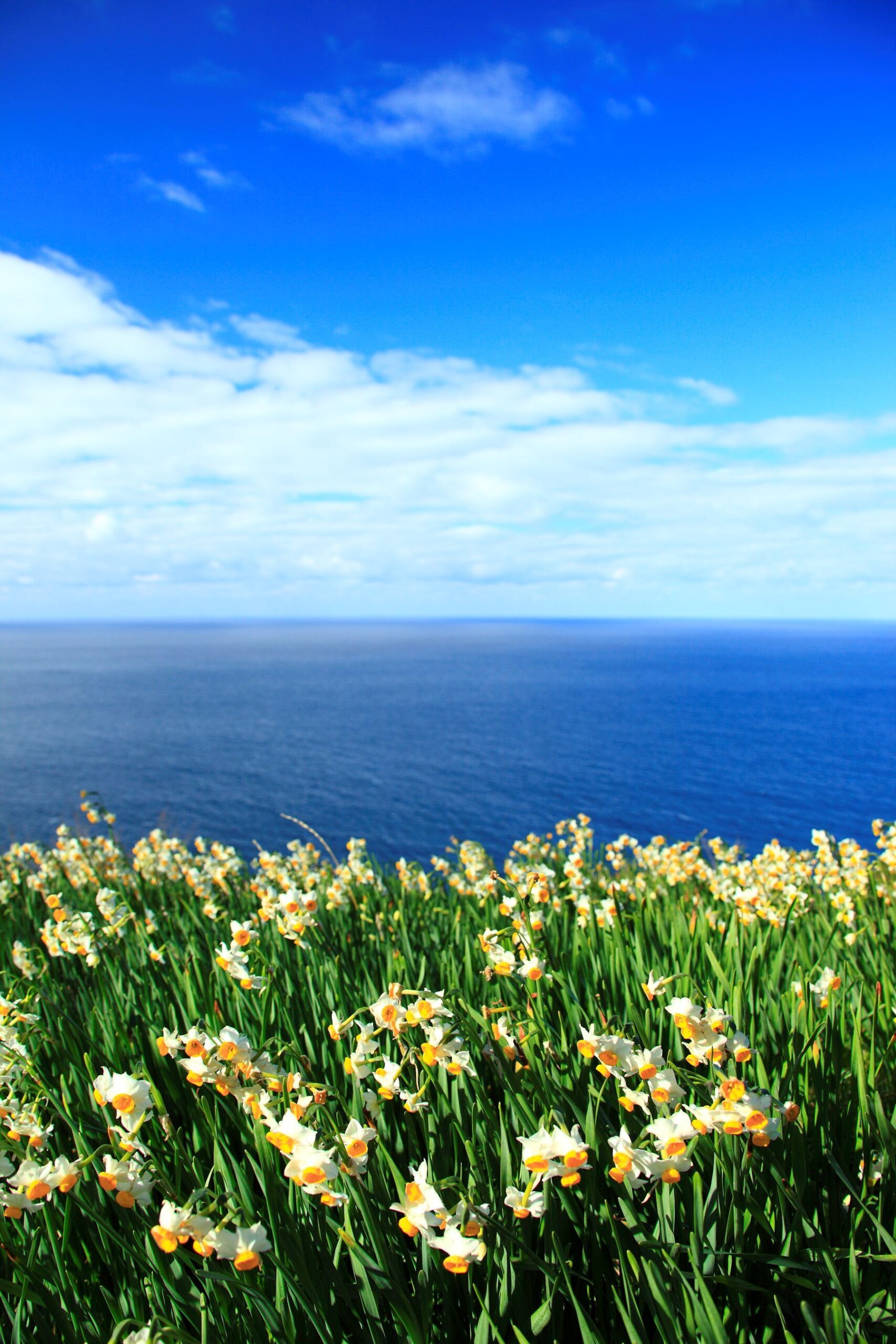 Echizen coast is the general name for the seashore from Tojinbo to Suizu in Tsuruga City, and is part of the Echizen-Kaga Kaigan Quasi-National Park. The beauty of the coast is formed by sheer cliffs and rock surfaces created by the erosive effects of wind and waves.
Driving a car along the coast is going to be a special experience as you watch the sun set over the Sea. 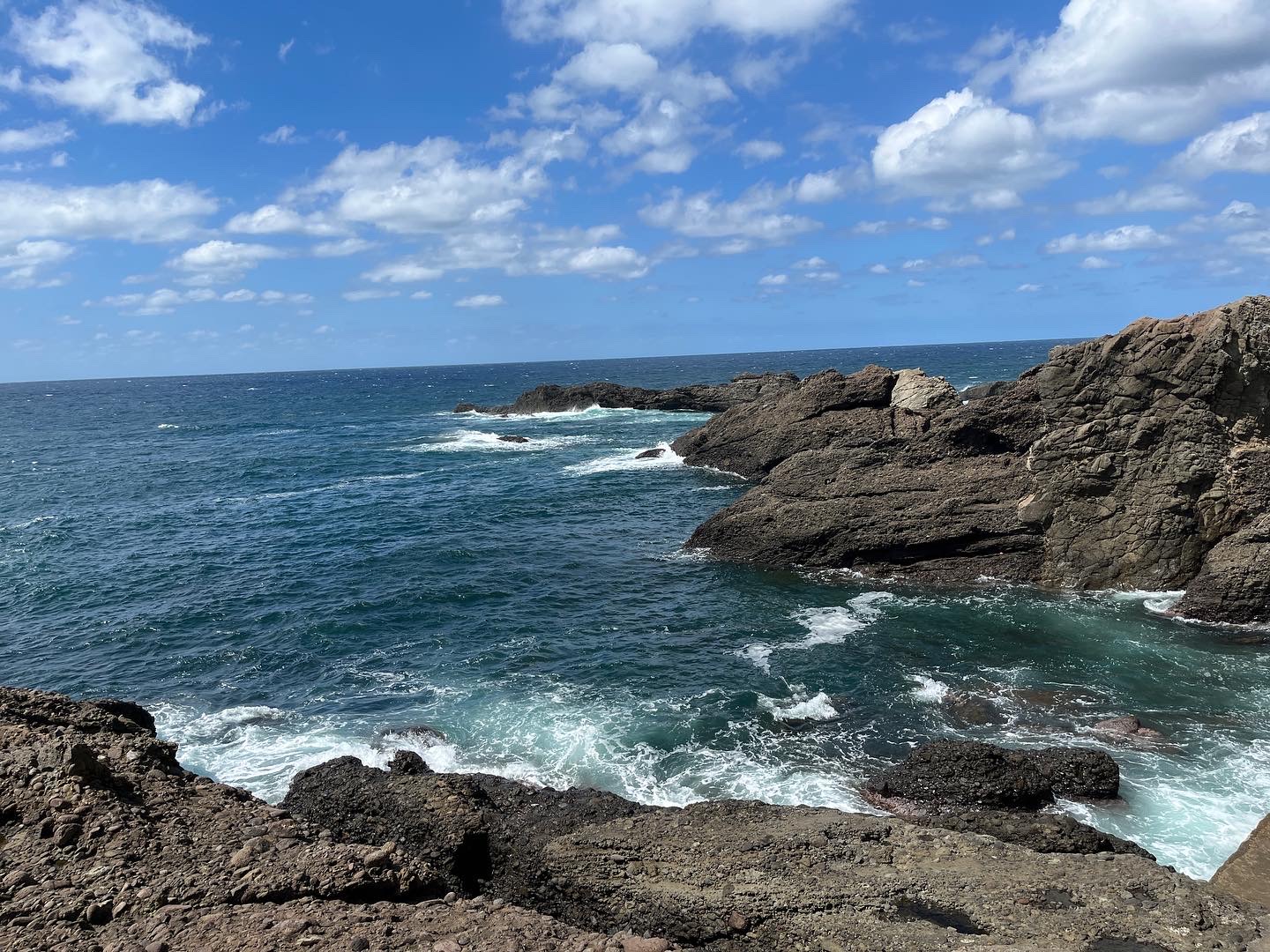 Fresh seafood can be enjoyed throughout the year in this area, especially Echizen crab in winter, which is a representative food of Fukui.

The daffodils that grow in clusters here and bloom in winter against the cold winds are well known as the flowers of Fukui Prefecture. 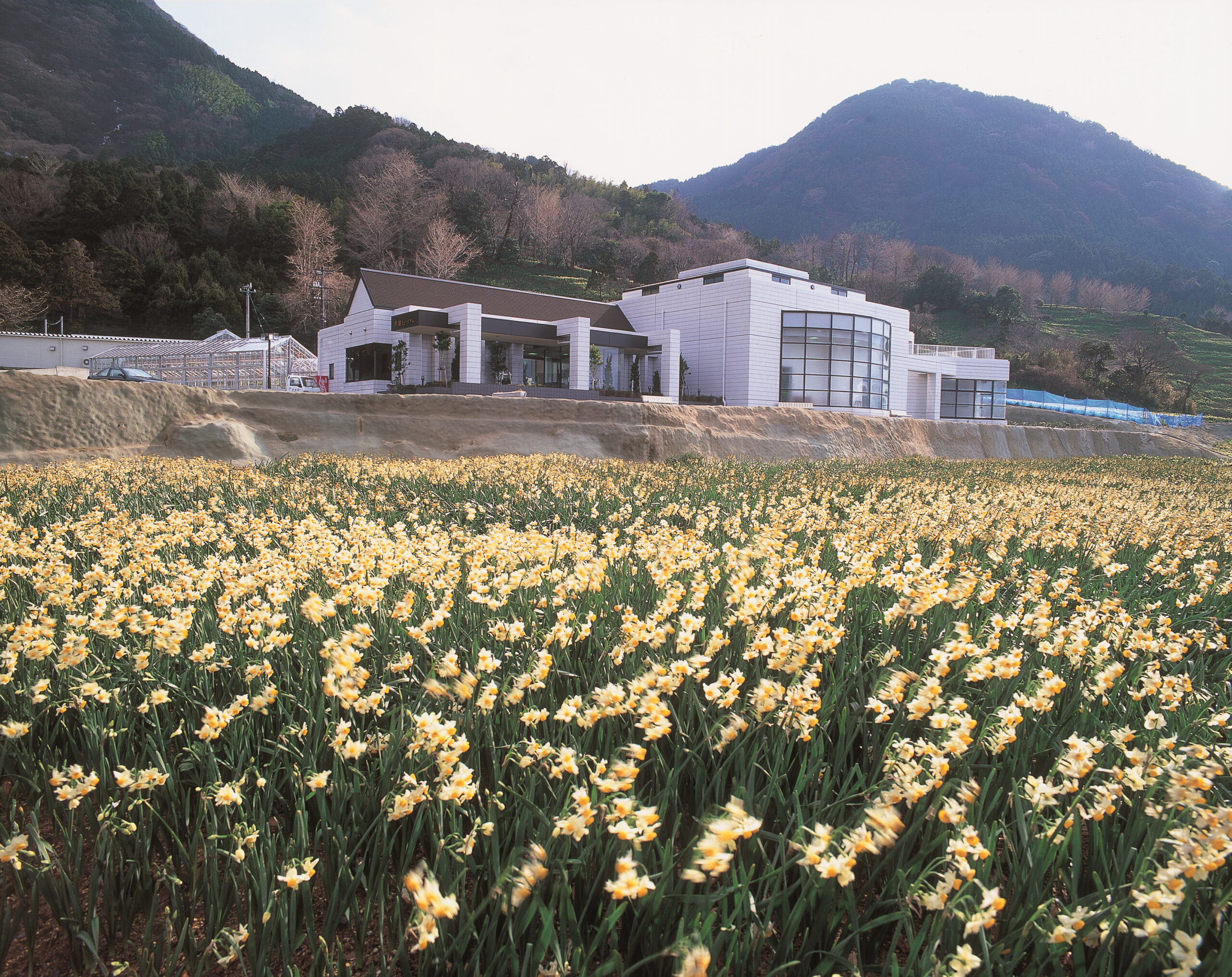 In recent years, cafes and other facilities have opened in the Echizen coast area, mainly by young people, and the area is attracting attention as a new trend.