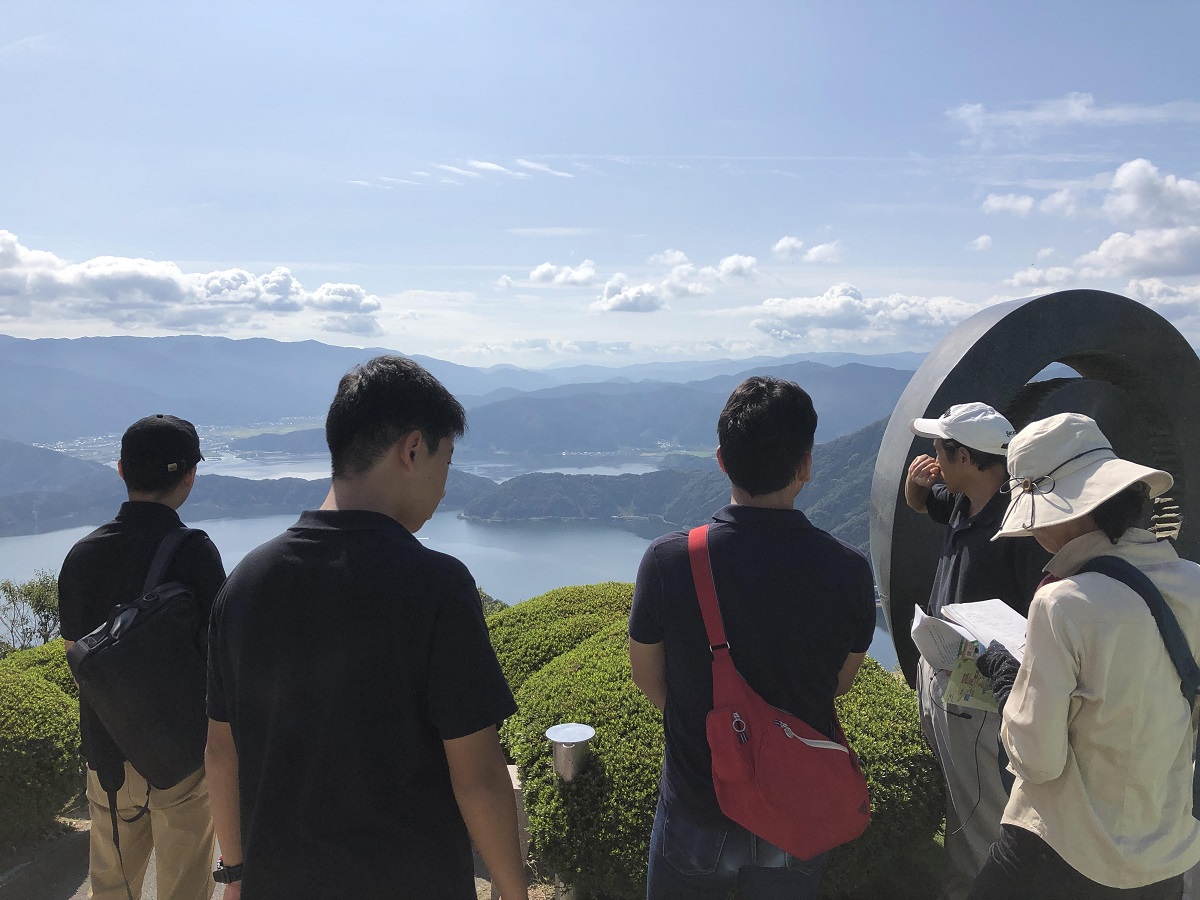 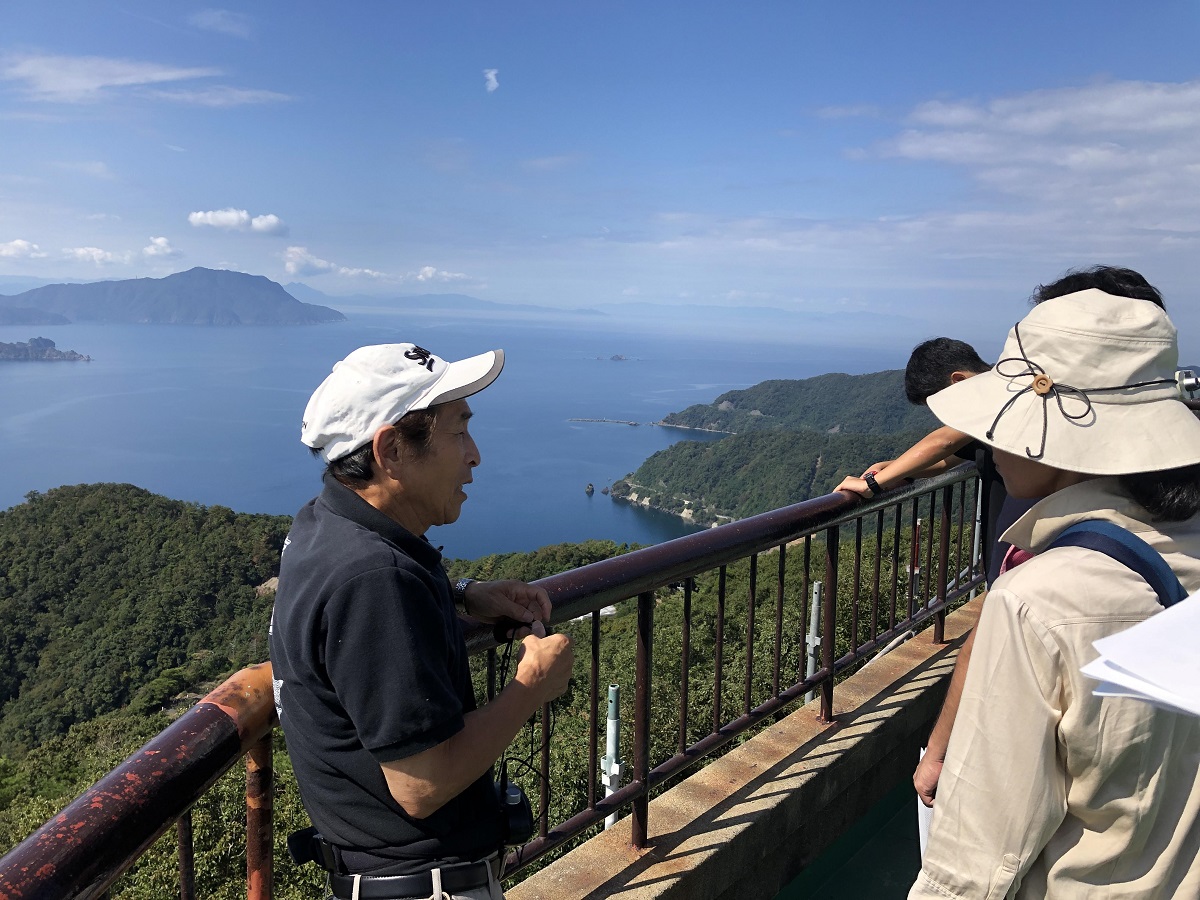 Mr. Yamamoto, a local guide in Wakasa-cho, helped us improve our guiding skills. Thanks! 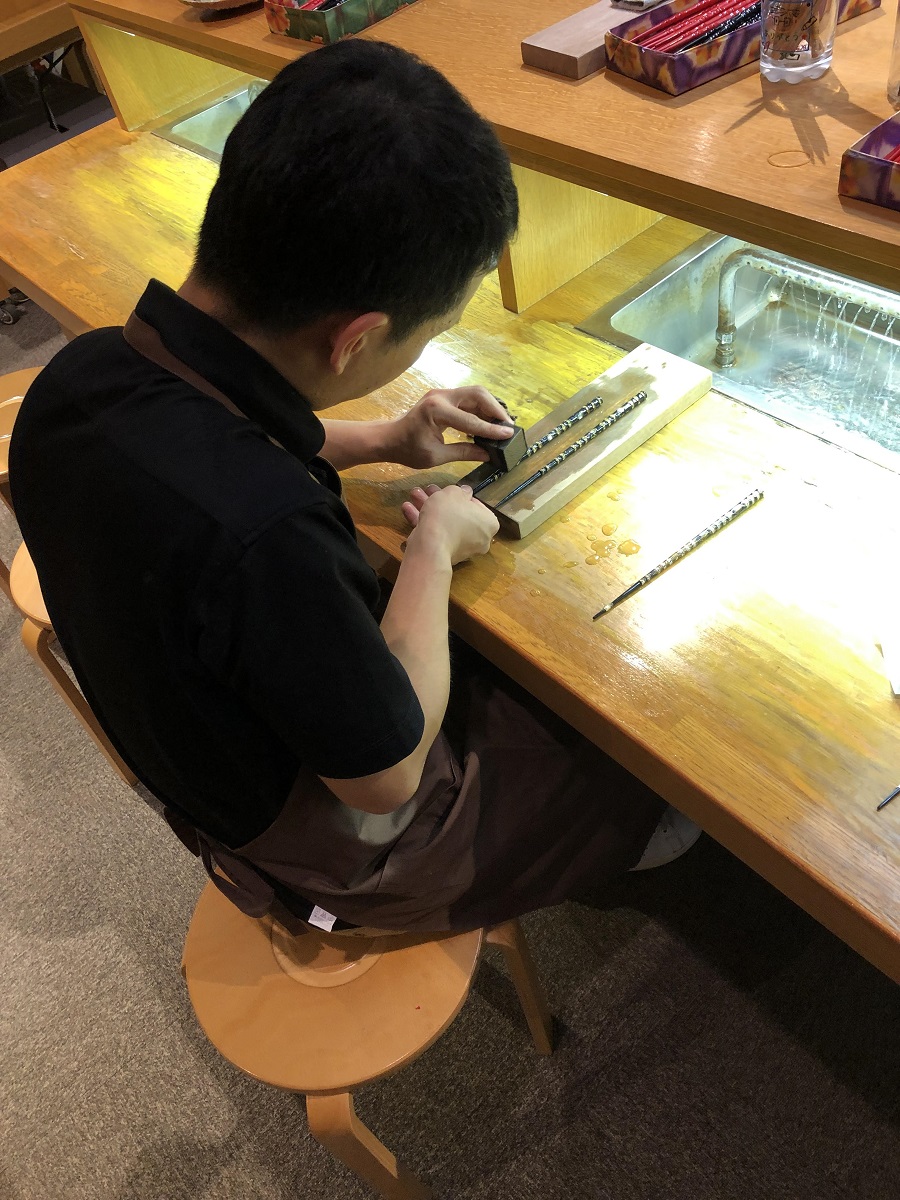 We made chopsticks at Wakasa kobo.

We had a short trip to know more about Fukui Reinan area.

Lake Suigetsu, one of mikata Five Lakes, is famous for its Nenko, which is the bandings that lie at the bottom of this lake. Nenko at Suigetsu became an important factor to recognize the Global Standard Timescale.
Also, the scenary viewed from Rainbow Line Sancho Park was great.

After moving into Obama city, we joined a one-hour class to make chopsticks called Wakasa-nuri.
Obama would be called “Miketsu-kuni”, which means Obama was an important place to supply food to Kyoto.